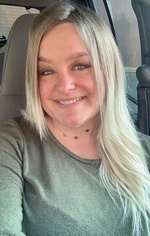 A co-founder of Eagle Cliff Development, Gary grew up in Methuen, Massachusetts. After graduation from high-school, he attended Norwich University with the dream of becoming an Officer in the United States Marine Corps. After receiving an NROTC scholarship and graduation from Norwich with a B.A, Gary was commissioned as a 2nd Lieutenant in the Marines. Upon graduation, Gary served with 2nd Battalion 7th Marines at 29 Palms, California serving as an infantry officer achieving the rank of Captain. Seeking other challenges in life, Gary left active duty in 1994 but continued service in the Marine Reserves for 2 years in Manchester, New Hampshire and worked for Oxford Health Plans as a manager and corporate trainer. In 1996 Gary’s father in law, James W. McInnis, asked Gary to come to Sedona to assist in the family development business.

Seeing an incredible opportunity, Gary moved to Sedona and began working on an apprentice program in virtually every trade field to gain the necessary experience for his new career as a developer. Since 1996, Gary has developed and owns apartment rental units, commercial complexes as well as many custom homes in Sedona and the Verde Valley. Gary is the Licensed General Contractor and Realtor for the family businesses. Gary is the proud father of two children Brian and Hannah.

A co-founder of Eagle Cliff Development, Jim’s career as an electrical contractor and developer spans over 50 years. Born in Toledo, Ohio Jim served in the United States Army during the Korean War and attained the rank of Staff Sergeant. Following his service in Korea, Jim formed T & J Electric in 1957 with his brother Tom. Through hard work and diligence Jim expanded upon his successes as a sub-contractor in the Northwest Ohio and Southern Michigan area to develop over 2000 apartment units and over 300,000 square feet of office and industrial building space. On his first visit to Sedona in 1977, Jim began buying select properties and has never stopped. In 1986 Jim sold T & J Electric to his employees and moved to Sedona. Together with Gary, Jim has built over 150 Condo units, 120 apartment units, 7 office complexes, a large mini storage as well as custom homes in Sedona and Cottonwood. James is married to Kristine and has five children Kristin, James, Kathryn, Patrick and Brennan as well as two rescued greyhounds.

Eagle Cliff Development is a family owned local business serving Sedona, the Village of Oak Creek, Cottonwood and all of the Verde Valley, Arizona. We look forward to hearing from you today!

We look forward to hearing from you!